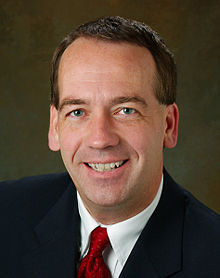 HARRISBURG – When asked on WKOK’s On The Mark Thursday morning whether the Pennsylvania GOP’s election investigation is time and money well spent, Valley State Senator John Gordner (R-27th, Berwick) said, “I don’t know. This has been the top two or three issues over the last 12 months that I have heard from constituents in my district. So if that’s the case heading into more elections, that’s not a good thing. We need to answer questions and make sure people are comfortable that elections are safe and secure.”

This comes after Senator Gordner recently told WKOK he agreed with steering the audit to investigating the administration’s decision-making during the 2020 election – but said completely revisiting the election results was not productive.

However, Gordner says the investigation has brought about a curious 2019 report by then Democratic Auditor General Eugene DePasquale that was critical of Governor Tom Wolf and the Department of State, “And interestingly enough, he indicated he was not able to do as much as he wanted to do because he would’ve need driver’s license numbers or the last four of a social in order to completely verify whether folks were allowed to vote or voted multiple times, etc. So the Intergovernmental Affairs Committee issued the subpoenas.

When it comes to the new constitutional amendment proposal for voter ID, Gordner says those who would struggle to get one would be able to, “It would’ve required PennDOT to issue drivers licenses, but if you don’t drive anymore, they can still issue an ID you can have.”

Gordner says other voter ID assistance would be available as well, such as help tracking down birth certificates, and marriage licenses. You can hear much more from Senator Gordner on the WKOK Podcast page.

These Senate seats are up for election in 2022

SPARKS FLY at "Examining Irregularities in the 2020 Election" Senate hearing