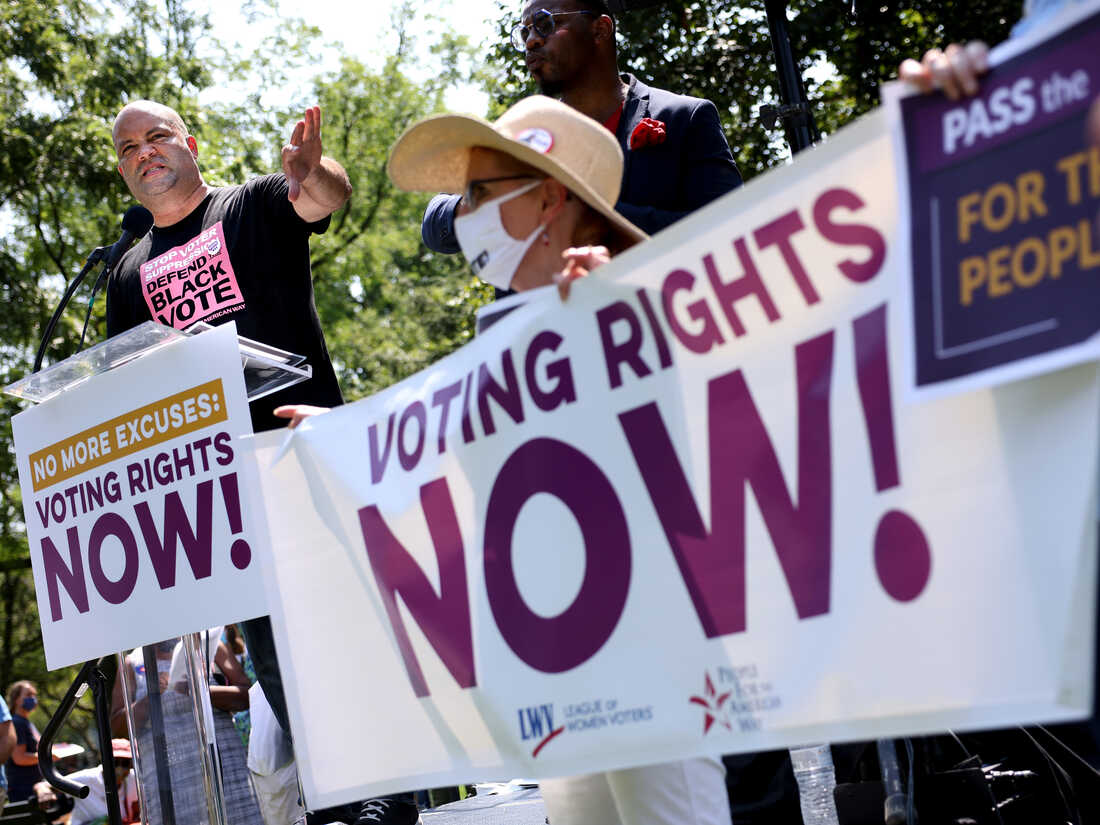 Civil rights leader Ben Jealous speaks at a voting rights rally outside the White House on Tuesday, ahead of a House vote to advance a bill named for the late Rep. John Lewis. 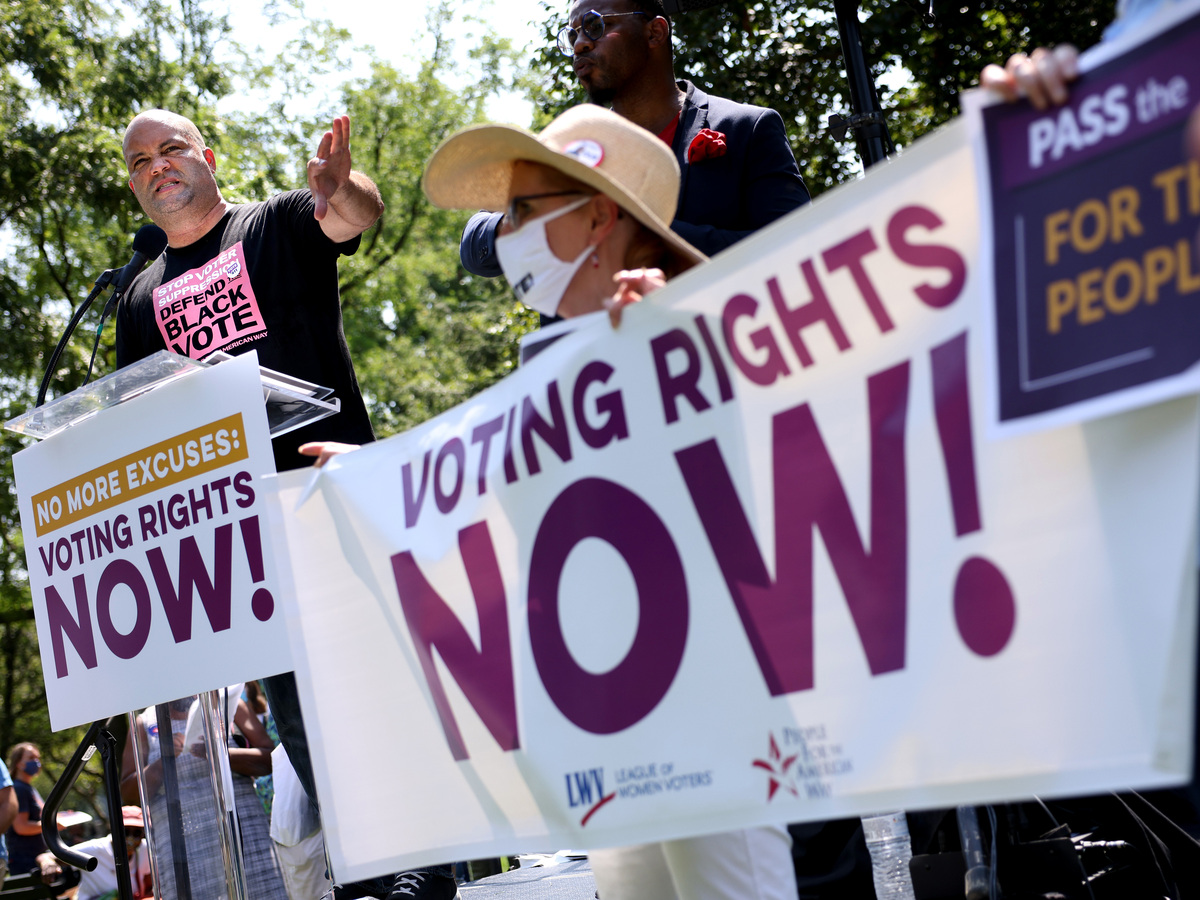 Civil rights leader Ben Jealous speaks at a voting rights rally outside the White House on Tuesday, ahead of a House vote to advance a bill named for the late Rep. John Lewis.

House lawmakers approved new legislation aimed at protecting the right to vote on Tuesday, amid a wave of restrictive new elections laws from Republican-controlled state legislatures.

The bill is named for the Georgia congressman and civil rights leader John Lewis, who died last year.

“Old battles have become new again,” said Alabama Democratic Rep. Terri Sewell, who introduced the legislation. “I want you to know that the modern day barriers to voting are no less pernicious than those literacy tests and those poll taxes. And what we must do, as we did back in the ’60s, is when we see states running amok, we need federal oversight.”

Democrats say the bill, known as H.R. 4, would strengthen the Voting Rights Act of 1965, which had been weakened by a pair of Supreme Court rulings over the course of the last decade. Its supporters say that would make it more difficult for states to restrict future voting access.

While the bill passed the House along party lines, with 219 Democrats in favor and all 212 Republicans opposed, it now faces steep GOP opposition in the evenly divided Senate. Republicans have characterized the legislation as a federal overreach into the state’s role in election processes.

Republican Rep. Rodney Davis of Illinois described it Tuesday as a “partisan power grab which circumvents the people to ensure one-party rule.”

Republicans have already blocked a separate sweeping elections and voting bill known as the For The People Act. That legislation seeks to end gerrymandering of congressional districts, set mandates for early and mail-in voting and increase transparency in campaign financing. Senate Majority Leader Chuck Schumer, D-N.Y., has said that the Senate will turn to voting rights legislation when lawmakers return to Washington, D.C., in September.

Democrats and activists have said that both bills are necessary to protect access to the ballot. President Biden echoed that message Tuesday.

“The House is acting. The Senate also has to join them to send this important bill to my desk, and the Senate has to move forward on the people’s act — critical legislation to protect our democracy and the right to vote,” Biden said. “We need both of those.”

Inaction in Washington in the midst of restrictive new election laws in Republican-led states has intensified calls for action from voting rights activists. On Tuesday, many gathered near the White House to call on Biden to do more to preserve voting rights.

“Voting rights is the test of our time,” activists chanted, reprising Biden’s own declaration made during a speech in Philadelphia last month.

While Biden has spoken about the urgent threat to the right to vote, he has faced increasing criticism from his allies for not doing more to ensure that federal voting legislation becomes law.

“Our president has given us his word that he will be a champion for voting rights, but we have yet to see him put those words into action,” said Deborah Turner, president of the League of Women Voters of the United States.

White House press secretary Jen Psaki said Tuesday that “voting rights and ensuring access to voting continues to be a central priority for the president,” adding that Biden stands with activists.

“He’s maybe not the right target of their frustration because his objective is also to get voting rights legislation passed, and he would like to sign that legislation into law,” Psaki told reporters.

Voting rights groups have called on Biden to come out in support of eliminating or changing the filibuster rules, in order to allow voting rights bills to pass with a simple majority, side-stepping widespread Republican opposition.

Can a Republican reject Trump’s election conspiracy theory and still win in Virginia?

Sure, Republicans. Just Let Harris Pick the Next President. – Bloomberg

Opinion | Democrats must push through the Freedom to Vote Act