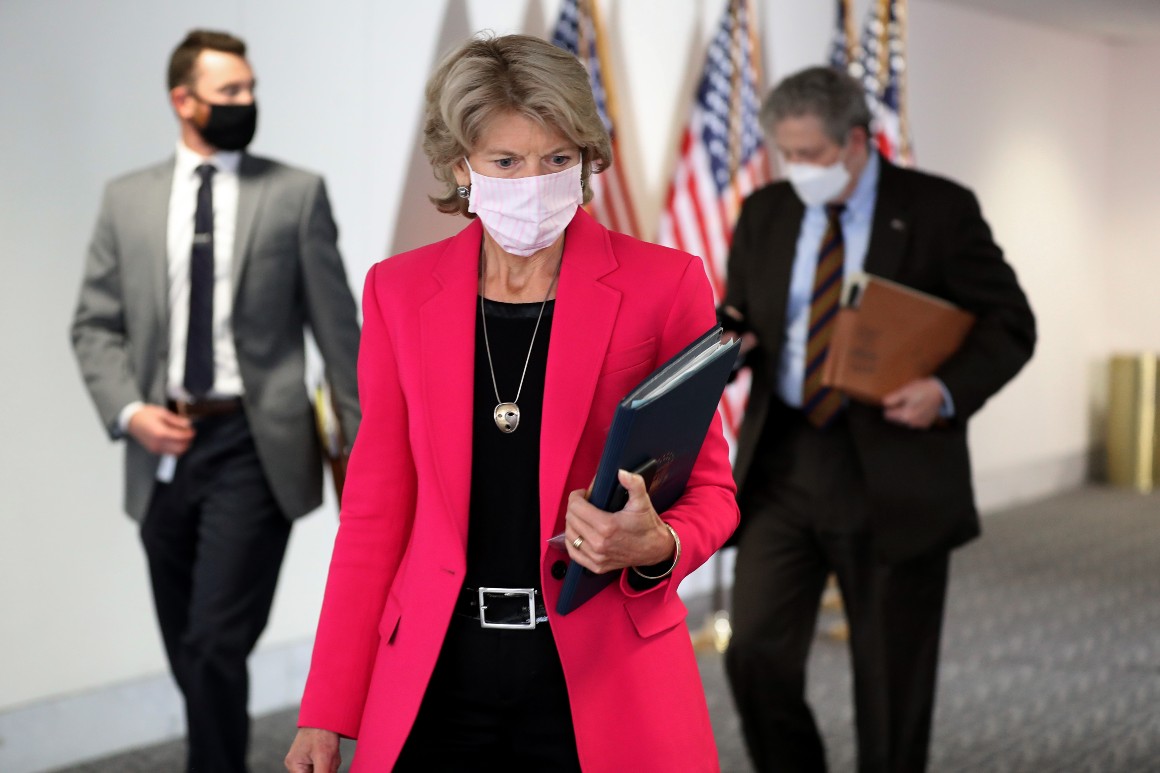 “A lot of what we’ve done over the last four years will be un-done sooner or later by the next election,” Senate Majority Leader Mitch McConnell (R-Ky.) said. “They won’t be able to do much about this for a long time to come.”

Throughout the weekend, Senate Democrats highlighted the skyrocketing Covid-19 cases in the U.S., arguing that GOP leaders were prioritizing Barrett’s Supreme Court confirmation over a stimulus package — even as negotiations over a bipartisan relief proposal have remained stalled for months.

Sens. Susan Collins (R-Maine) and Lisa Murkowski (R-Alaska) joined all Democrats in voting against the procedural step. Both senators opposed confirming Barrett before the election, but only Collins has said she will vote against Barrett’s final confirmation.

Murkowski announced Saturday that she will ultimately support Barrett’s confirmation to the high court, citing her qualifications even as she harangued the process that GOP leaders used to shepherd her nomination through the Senate.

Sunday’s vote came a day after it was revealed that some Senate GOP aides and members of Vice President Mike Pence’s inner circle, including his chief of staff, tested positive for Covid-19. As a result, Senate Minority Leader Chuck Schumer (D-N.Y.) urged Democrats to avoid congregating on the Senate floor on Sunday. During the vote, Schumer was the only Democrat to remain seated; other Democrats entered the chamber to quickly cast their votes and immediately departed.

Pence had said he would travel to the Capitol to preside over the confirmation vote on Monday night, but it’s unclear if his plans have changed. The vice president’s office said he intends to maintain his travel schedule, which includes several campaign events across the country.

Senate Democrats have accused Republicans of hypocrisy for confirming Barrett so close to the presidential election, after McConnell blocked President Barack Obama’s nominee Merrick Garland in 2016. But Republicans argue that the situation is different because the White House and the Senate are now controlled by the same party.

In their fight against Barrett, Democrats have focused almost exclusively on the future of the Affordable Care Act. The Supreme Court is set to hear oral arguments Nov. 10 as part of the Trump administration’s challenge to the 2010 law, which could result in its wholesale invalidation.

“Don’t forget it, America. Don’t forget what’s happening here, because it’s a travesty,” Schumer said. “And it will be an in-erasable stain on this Republican majority forever more.”

Prior to becoming a judge on the Seventh Circuit Court of Appeals, Barrett criticized Chief Justice John Roberts’ vote to uphold Obamacare. But during her confirmation hearing, Barrett insisted she was not “hostile” to the law and Senate Republicans have expressed doubt she would move to strike it down.

Sen. Kyrsten Sinema of Arizona, a moderate Democrat, announced on Sunday that she would oppose Barrett’s nomination, all but ensuring that no Democrats will support her confirmation. In a statement, Sinema said she was “concerned about Judge Barrett’s inconsistent views on legal precedent, and how those inconsistencies impact her obligation to interpret and uphold the rule of law.”

Senate Democrats have no procedural tools to stop Barrett’s nomination from going forward, despite several acts of protest in the lead-up to Sunday’s vote. Democrats boycotted the Senate Judiciary Committee’s vote to advance Barrett’s nomination to the floor, and in a highly unusual move on Friday they forced the Senate into a closed session for 20 minutes — the first time the Senate went into such a session in more than a decade. And on Saturday, Democrats attempted to pass several pieces of House-approved legislation focusing on Covid-19 and other issues.

Barrett was confirmed to her current position on the Seventh Circuit on a 55-43 vote, with a handful of Democrats crossing party lines to support her nomination.

Burgess Everett contributed to this report.

The 2020 Election If It Was a Midterm Year