When it comes to meeting its aggressive conservation pledge, the Biden administration appears to have a head start on protecting the United States’ oceans — after all, on paper, it appears the nation is already more than two-thirds of the way to the goal.

But as the administration puts together a tracking mechanism for its pledge to conserve 30 percent of the nation’s lands and waters by 2030, environmental activists warn that frequently cited statistics provide a misleading picture of ocean conservation.

At the same time, advocates for the fishing industry question counter the nation is much closer to the final objective — if not already there. They argue that conservation shouldn’t always mean activities like fishing are banned and say their industry has shown itself willing to help protect vulnerable species.

This split could become a key issue as a quartet of agencies — the Interior, Commerce and Agriculture departments, along with the White House Council on Environmental Quality — work to establish a database, formally known as the “American Conservation and Stewardship Atlas,” in coming months (E&E News PM, Sept. 29).

“While we share with the Biden administration a genuine goal to set aside 30 percent of the ocean by 2030 as a conserved area, our concern would be that the easy way out would be to ignore the quality of conservation, the representivity of conservation and the permanence of conservation,” said Mike Gravtiz, director of policy and legislation at the Marine Conservation Institute.

But nearly all of those protected waters are located in the far reaches of the Pacific Ocean.

That leaves the bulk of the nation’s 11 large marine ecosystems, in areas from the Arctic to the Caribbean, unprotected, said Oceana Pacific Campaign Manager and Senior Scientist Ben Enticknap.

“Any biologist will tell you that you can’t do that,” Enticknap said. “You have to have habitat representation and species representation. It doesn’t do anything for North Atlantic right whales if you’re protecting the far western Pacific.”

Enticknap and other environmentalists openly acknowledge the reality behind why the nation’s most highly protected seas also happen to be among its most remote locations.

“As we get closer and closer to the mainland and communities, it gets a lot more complicated because more users of the ocean end up being affected,” Enticknap said.

But Center for Biological Diversity Oceans Director and Senior Counsel Miyoko Sakashita said the Biden administration must focus on coastal regions as it looks to design its “America the Beautiful” program, the name officials have given the conservation pledge often called “30 by 30.” This is because the oceans are home to much of the biodiversity the initiative aims to protect.

“If you haven’t managed the threats to wildlife, then it isn’t bringing us close enough to the conservation goals under 30 by 30,” Sakashita said. 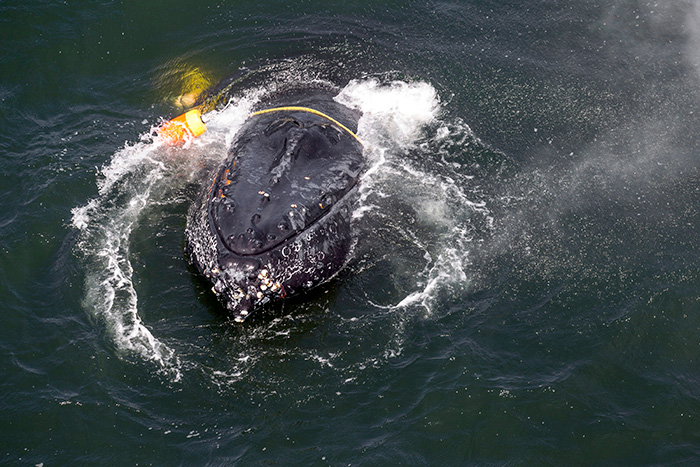 While the handful of Pacific Ocean sites constitute the bulk of the most safeguarded waters, there are nearly 1,000 other sites commonly known as “marine protected areas,” or MPAs, across the nation, albeit with less rigorous standards than those for the monuments.

Operated by state or federal agencies or through partnerships, the majority of those MPAs are run under multiple-use plans, which can either allow extractive uses or bar them to preserve natural or cultural resources.

Those MPAs also include more than a dozen sites operated under NOAA’s National Marine Sanctuary System.

But Enticknap, along with other ocean advocates, warned that the moniker can be a misleading one for the general public.

“Just because we have a sanctuary doesn’t mean it’s fully protected,” Enticknap said. “The term ‘sanctuary’ is sometimes misleading for people. The No. 1 thing they have in common is they prohibit oil and gas drilling.”

Other activities, like commercial bottom trawling, may still be allowed, he added. Only about 230 of all MPA sites prohibit both commercial and recreational fishing within their boundaries, according to data published by NOAA.

Enticknap pointed to incidents within the Monterey Bay National Marine Sanctuary in which whales and sea turtles have become entangled in fishing gear used to catch Dungeness crabs.

Those kind of conflicts should prevent the Biden administration from adding the sanctuaries to its baseline tally of protected waters, Enticknap argued.

Instead, some advocates like Rick Steiner, a retired marine conservation professor at the University of Alaska, are advocating for President Biden to use his executive authority to achieve the ocean conservation goal.

“The strongest protection the government can establish is the executive order,” Steiner said, referring to the Antiquities Act of 1906. That law allows presidents to set aside existing public lands and waters as monuments to protect areas of cultural, scientific or historic interest.

Steiner joined with 90 other scientists and researchers, including famed primatologist Jane Goodall, in a June letter urging Biden to act.

“Instead of looking to the easiest places to do this where there’s no pushback — like the central Pacific — we need to look at where the problems are, where the threats are, where climate is going to cause ecological chaos, and then establish the right mechanism to protect those areas,” he asserted.

Steiner, who backed a failed proposed to establish a national marine sanctuary in the Aleutian Islands during the Obama administration, has also raised concerns that the Biden administration’s focus on “voluntary and local” conservation could exclude large marine ecosystems.

He later added: “The percentages are not as important as getting the right protection on the right ecosystems at the right scale. We shouldn’t get too hung up on the exact numbers.”

Steiner said he has also pressed CEQ to set up an independent scientific assessment by an organization like the National Academy of Sciences to determine which waters must be protected and in what ways.

“Biden has said repeatedly that he will follow the science on everything — COVID, climate change — and he needs to follow the science on ocean protection,” Steiner said. “But that does not get fleshed out and manifested through public comments and hearings; that’s a separate parallel process that you need the scientific community to develop.”

Alison Chase, senior policy analyst for the Natural Resources Defense Council’s oceans program, likewise said it will be important for the Biden administration to detail levels of protection as it puts together its atlas.

“Fully protected areas are kind of the ocean’s equivalent of a Grand Canyon or a Yellowstone National Park,” Chase said. 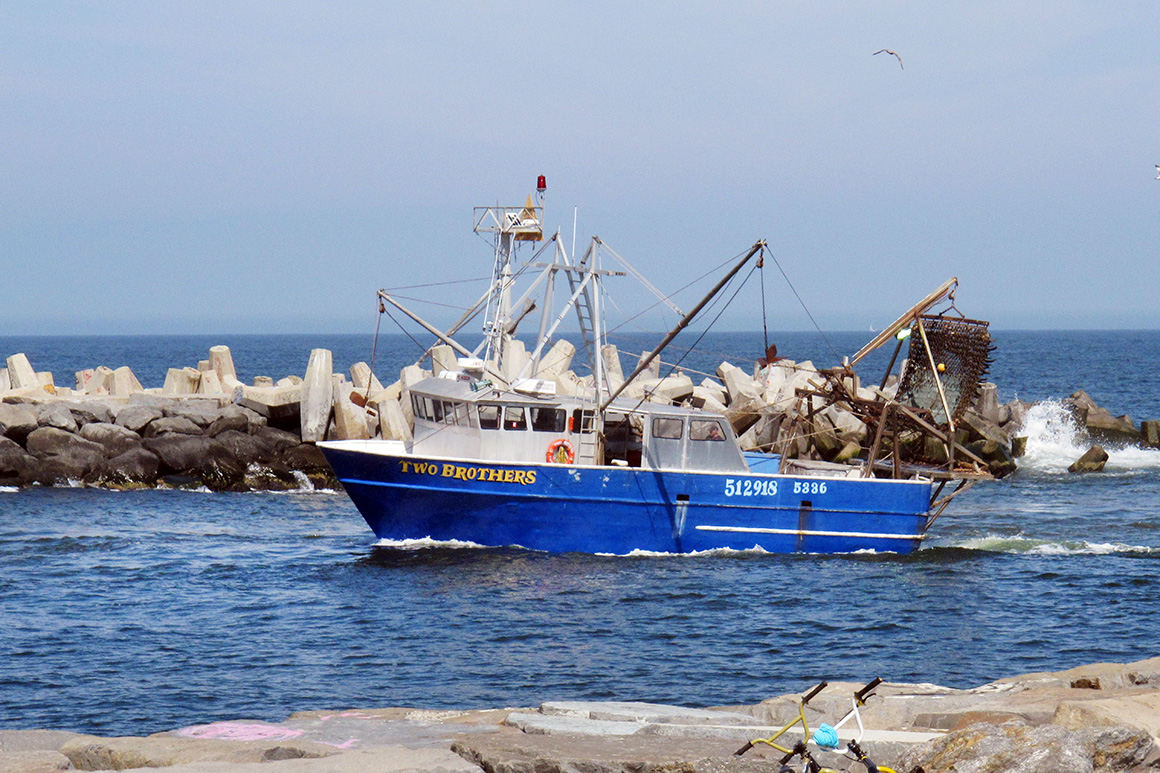 Opponents of new marine monuments, however, argue that managed waters are sufficient to meet the conservation goals.

“If it’s not conserved unless it’s in a marine sanctuary that excludes fishing — which is a fairly radical and extreme point of view — then I think you get into a very different set of calculations about how you get to 30 percent,” said Roger Mann, a marine sciences professor at the College of William & Mary’s Virginia Institute of Marine Science.

Mann pointed to language in the Magnuson-Stevens Fishery Conservation and Management Act, the nation’s primary fisheries law, that calls for “conservation and management” of the oceans.

“If you’re conserving sustainable resources … then all of the area that is managed under Magnuson is already a conservation area,” argued Mann, who previously served on the Mid-Atlantic Fishery Management Council.

Former Garden State Seafood Association Executive Director Greg DiDomenico said he is optimistic that the Biden administration will adhere to its vow for scientific integrity, but remains staunchly opposed to the idea of new monuments.

“What we expect from 30×30, ultimately, is that it be conducted under rigorous science and an open, transparent policy,” said DiDomenico, who is now with Lund’s Fisheries.

DiDomenico pointed to the creation of the Northeast Canyons and Seamounts Marine National Monument during former President Obama’s tenure, which closed the area to commercial fishing.

“The proof is in the pudding,” DiDomenico said, pointing to what is formally known as the Omnibus Deep-Sea Coral Amendment.

He added that: “No one is running from this. We’ve been here before.” 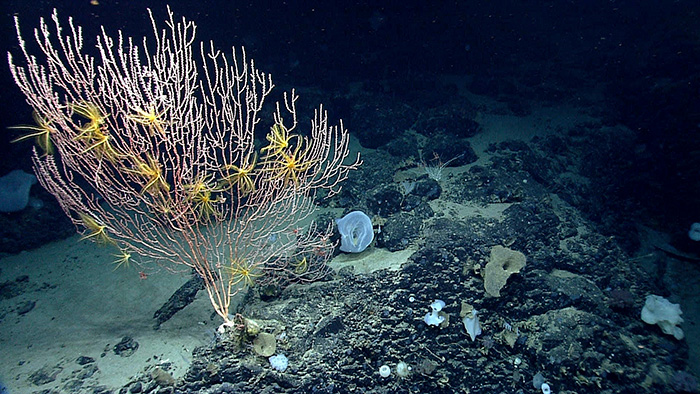 Marce Gutiérrez-Graudiņš , founder and director of Azul, which works with Latinos to protect coasts and oceans, argues that the latest look at ocean conservation should open the discussion to new voices.

“One thing we really haven’t talked enough about is who gets to say what to do with the ocean,” Gutiérrez-Graudiņš said. “The conversation leaves a lot of people out.”

Azul issued a nine-page list of recommendations to Interior, NOAA and CEQ officials last month, including a proposal to create a “30×30 Ocean Equity Advisory Panel.”

The organization would include “ocean-focused” tribal and environmental justice leaders and community organizations that would advise NOAA on how to equitably protect and increase access to coastal waters for minority communities.

“We really need to talk about everybody that depends on the ocean, and that’s everybody whether they’re 2 miles from the ocean or 200 miles,” Gutiérrez-Graudiņš, who noted that her career began with five years in the commercial fishing industry.

Gutiérrez-Graudiņš’ organization is also focused on how the Biden administration will address local access for oceans.

“We really have to make sure that everybody who wants to experience and enjoy the ocean can. We talk about physical barriers as well as systemic barriers,” she said, pointing to issues including transportation and exposure to resources.

Biden says ‘no intention’ of moving U.S. forces into Ukraine

Biden to speak with European leaders to discuss Russia-Ukraine tensions